What a smart decision! Even your baby will facepalm!

Hmm…we get it, you’re a die-hard Game of Thrones fan and you want to name your daughter after your favorite fictional character but chill!

Khaleesi actually turned out to be a sad name now that GoT ended the way it did, subverting everyone’s expectations and giving Khaleesi, the mother of dragons and breaker of chains, the (spoiler) ending everyone thought she deserved!

We extended our condolences to all the girls who were already named Khaleesi.
Next!

Yes, Siri is intelligent, but she is also sort of dumb, if you understand what we mean here! So, unless you want your daughter to grow up taking orders from people without question, you’ll name her Siri! That’s offensive but there are people who named or are planning to name their daughters “Siri!”

Don’t be like those parents, name your daughter “Alexa” instead. It’s a good name…

WXYZ and all the similar “cool” names you listed will make your kid suffer from childhood to the day they decide to apply for a name change!

Some parents really don’t think about how some names could put their kids at risk for bullying. Sad.

So you don’t want to give your kid the name “Mark Zuckerberg” as his first name because you think it’s dumb but you still insist on naming him after Mark Zuckerberg’s creation?!

You might as well name your newborn “Google Smart” or “YouTube”—he/she will have a promising future as a YouTuber! 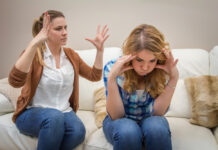 How To Stop Arguing With Your Teenager 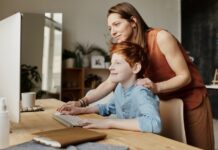 How To Avoid Being A Control Freak Parent! 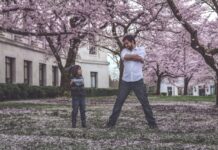 7 Ways Not To Be A Boring Parent

5 Tips That Will Help You Help Your Kids Manage Stress!

This is a List of 10 Health Benefits of Ginger for...

8 Parenting Mistakes You Should Avoid

6 Reasons You Must Never Shame Your Kids Publicly!

5 New Parenting Trends that will improve Your Family Life!

This Is How You Can Make Your Child Forget These 10...